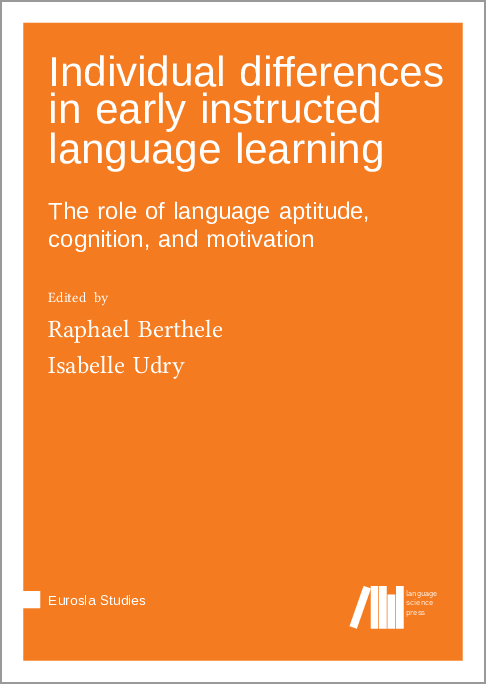 Variability in predispositions for language learning has attracted scholarly curiosity for over 100 years. Despite major changes in theoretical explanations and foreign/second language teaching paradigms, some patterns of associations between predispositions and learning outcomes seem timelessly robust. This book discusses evidence from a research project investigating individual differences in a wide variety of domains, ranging from language aptitude over general cognitive abilities to motivational and other affective and social constructs. The focus lies on young learners aged 10 to 12, a less frequently investigated age in aptitude research. The data stem from two samples of multilingual learners in German-speaking Switzerland. The target languages are French and English.

The chapters of the book offer two complementary perspectives on the topic: On the one hand, cross-sectional investigations of the underlying structure of these individual differences and their association with the target languages are discussed. Drawing on factor analytical and multivariable analyses, the different components are scrutinized with respect to their mutual dependence and their relative impact on target language skills. The analyses also take into account contextual factors such as the learners’ family background and differences across the two contexts investigated. On the other hand, the potential to predict learner’s skills in the target language over time based on the many different indicators is investigated using machine learning algorithms. The results provide new insights into the stability of the individual dispositions, on the impact of contextual variables, and on empirically robust dimensions within the array of variables tested.