On Campus, a Covid-19 certificate is required and it is obligatory to wear a mask.

FALL SCHOOL 2021: The Politics of Reading

On Campus, a Covid-19 certificate is required and it is obligatory to wear a mask. 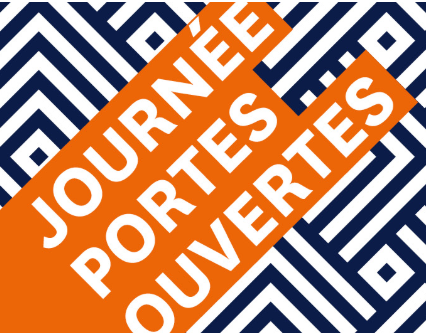 The lecture will be held online, on Zoom

To obtain the link to the event: Please send an e-mail to Susanne Obermayer before 22 April 2021, 4 pm: susanne.obermayer@unifr.ch

Second language vocabulary assessment: Where are we, and where should we be heading?

A History of Language Teaching in China

From Data to Knowledge in the Language Sciences

The history of language learning and teaching: what we know, what we need to know, and why it matters

Explanations of individual differences in language use and language acquisition. The perspective from Language as a Complex Adaptive System

Transfer of evidence from fundamental research into practice 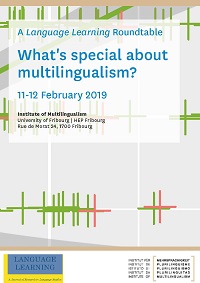 A Language Learning Roundtable which will bring together researchers to weigh in on the question whether           there is anything fundamentally special about being or becoming multilingual (i.e., knowing three or more languages) as compared to being or becoming bilingual (i.e. kno-wing two languages). Bringing to the table expertise in fields as varied as evolutionary linguistics, psycholinguistics, classical studies, sociology of language, computational linguistics, neuroscience, and philosophy of science, the speakers will present their own research and discuss its pertinence to the roundtable’s overarching question.

Registration deadline: 1 February 2019
Please register at csp-kfm@edufr.ch and indicate the (half) days you will attend.

Defining and Operationalizing Constructs in (Applied) Linguistics: the case of CAF

For the 10th anniversary of our Institute, we took monolingualism as the starting point for a critical reflection on core themes in our disciplines. The keynote speeches are to be found here: https://tube.switch.ch/channels/b36775f7 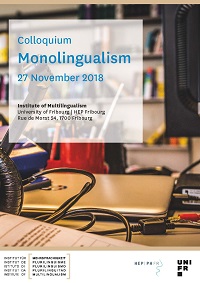 Researching bilingualism and multilingualism implies navigating an area in which the borders between scholarship and socio-political engagement become blurred. Personal, regional or national attitudes and values factor into the choice of research topics, and they play a role when funding is sought as well as when research findings are disseminated – and, not infrequently, instrumentalised. In scholarship as in language policy, the perspectives, values, and beliefs change with the times and, in certain contexts, contradicting standpoints often exist at the same time. While the pathologisation of bilingualism was a tendency that could be observed far into the 20th century, bi- and multilingualism is now commonly seen as a quality that generates cognitive and economic added value; indeed, it is now monolingualism that is pathologised, as evidenced by titles such as ‘Monolingualism is curable’ (‘Einsprachigkeit ist heilbar’, Ammon, Mattheier, and Nelde 1997).

For the 10th anniversary of our Institute, we are taking monolingualism as the starting point for a critical reflection of core themes in our disciplines. From the vantage point of research into language ideology, we would like to ascertain the position that monolingualism currently occupies in the relevant discourses on language policy and language instruction. Has monolingualism disappeared entirely as a goal of language-policy? When regarding certain individuals or institutions, can we say permission to practise monolingualism is granted (for instance, in minority settings) or denied? How, if at all, are mono- and multilingual ideologies connected?

From the standpoint of research into language acquisition and psycholinguistics, we are faced with the question as to whether, or to what degree, monolingual test subjects are even in existence – as a control group or baseline – and, if they do exist, what role such comparisons should play from a theoretical point of view. Other questions concern whether bidialectism should be considered a form of bilingualism and which comparisons with so-called monolingual norms are meaningful in our research contexts. Although many scholars reject such comparisons (sometimes categorically), others view them as an essential element in their research design. Moreover, many scholarly settings continue to observe monolingual norms concerning the working language (commonly English, as might be expected) – even in publications and at conferences explicitly dealing with bi- and multilingualism.

Finally, from the standpoint of research in the field of teaching and learning, the question arises as to whether the classroom setting should be monolingual – when teaching general subjects as well as when teaching a language (either the school language or a second or foreign language). This question of choosing the ‘right’ language in the classroom – for teachers as well as for learners and the materials used – more and more frequently concerns multilingual educational approaches. It also arises in the context of increasing introduction of immersion and CLIL settings, with their functional-communicative focus on language use. Differing regards on monolingualism and bi- and multilingualism are also reflected in the design of teacher trainings and continuing education courses for language teachers, where there are currently signs of a shift from a pedagogy of teaching individual languages as L1 and L2 to a general pedagogy of (foreign) language instruction.

Taking concrete research findings as well as theoretical considerations and institutional contexts as a basis, we plan to consider the value that current scholarly explorations into linguistic-societal diversity place on monolingualism – both in the sense of an ‘ideological’ value and regarding actual practices of monolingualism.

Experience with language and communication vs. statistical learning skills : Can first exposure studies help to gauge their respective impact on beginning L2 learners ?

Information Structure in SLA/Bilingualism: Focus particles and Prosody in Romance vs. Germanic languages

What the eyes don't see (or the ears don't hear), the mind won't learn:

Defining and Operationalizing Constructs in (Applied) Linguistics: the case of CAF

The making of a Glottopolitical Research Project

Introducing the TAL-project: Learning, Teaching and Assessment of second foreign languages - an alignment study on oral languageproficiency in the Swedish school context

Acquisition of French and German as Foreign Languages in school contexts: Theoretical and Methodological issues

EMI in the age of comprehensive internationalisation: New opportunities ?

Reclaiming History and Politics in the Study of Language in Society

Swinglish in Swiss Schools: can we teach what we don't master?

The importance of thinking for speaking: applying linguistic typology to language acquisition and pedagogy

Multilingualism in preschoolers and first-graders: typical development vs language impairment

Writing up your research

Language and social theory: making sense of the here and now

PhD workshop with Prof. Adam Jaworski (University of Hong Kong, organised by the Doctoral Programme Studies in Language and Society, University of Bern

Colloquium: History of ideas on multilingualism

History of ideas on multilingualism

A child's play? Multilingualism in infancy and childhood